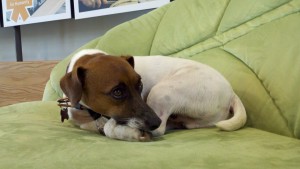 The Colorado legislature has rejected a bill that would require a public registry of convicted animal abusers, similar to sex-offender registries. Such a registry already exists in Suffolk County, NY and makes it possible for the public to view convicted offenders.

In spite of the controversy generated by such bills currently being considered in other states as well, there is justification for an animal cruelty database. For animal lovers, it is — one hopes — a no-brainer that burning, shooting or other wretched treatment of animals is unacceptable and might prophesy an individual’s future violence to people. It can be argued that we have a right to know the identities of convicted offenders, for the protection of both our animals and, ultimately, our human families.

There is, however, a more insidious kind of mistreatment which escapes the notice of legislatures, and which is suffered by the animals we live with. In behavior practice I encounter families who are certainly well-intentioned, but who are sometimes influenced by unethical professionals.  Through books, neighbors and friends, a pet store cashier, local dog trainers or nationally syndicated television programs, they have learned that it is acceptable to shape and control animals through force. Force itself is ambiguous, though. Next time you find yourself in a pet supply store, take a critical look at the devices for sale (and at their packaging and marketing) and perhaps ask yourself, are choke or training collars cruel? What about prong or, to up the ante, shock collars? If your trainer recommends them, should they be used? Is one tolerable, but the other cruel? Is any technique justifiable if the behavior is “disobedient” enough? Maybe we reject such tools but use our own hands to “alpha roll” or “dominance down” our dogs as an assertion of our leadership.

There are well-intentioned people who argue that such decisions are ours to make or reject, and that we have the right to do what we wish with the animals we purchase, adopt, breed or rescue. It would be good to step back and reflect about these choices through the lens of animal abuse. Dogs and cats are relatively powerless; they do feel fear and pain, and abuse can be an ambiguous concept. Whether or not animal cruelty databases are approved by lawmakers, such laws are trumped by the individual choices we make.